Families and a War

A book that ends with a warm soup is comforting – together with all the other emotions The Children’s Book by A.S. Byatt evokes. I was lucky to hear the author read from this book in Berlin and plunged into the world of Olive, Humphry, Major Cain and his friend, the ceramic artist Benedict Fludd and  their children. It is a time of change and upheaval in Britain and Germany, portrayed through this microcosm of people in search of fulfilment that isn’t always found – or sometimes – in the case of Philip and his sister Elsie – found in the most unexpected circumstances. Lives are intertwined and families aren’t always the safe heaven they are supposed to be. The title reveals the author’s great empathy for her children characters, and it is often heartbreaking to read what one misunderstanding, a bully or a war can do to (very young) people.

I recommend this book – a slow read – for long winter evenings and as  a present to really good friends and to your family, of course – either in the English original or the  translation Das Buch der Kinder by Melanie Walz, advisor on all things related to Munich/Bavaria and creator of the German version.

Another literary journey to India

I enjoy it immensely when travelling friends share their stories with me. Sometimes, it almost feels as if I went with them – particularly if the friend’s story is followed up by a great novel about the travel destination. This was the case after Amélia Polonia’s return from a research trip to the Sundarbans. Her photos showed a remote and beautiful world, where people try to preserve the precious ecosystem that is their home. Images of lush greenery and beautiful sunsets were followed by – a book! Amélia kindly lent me Amitav Ghosh’s The Hungry Tide, suggesting that I might want to read about this enchanted part of India. Little did I know that a translator was one of the main characters in this novel. And that it would make me think about dreamers and realists. And go-betweens. The power of language – albeit unspoken at times – is a recurrent theme in the novel. Thinking that I almost parted with it after reading the first few pages, because I felt the perspective was too ‚male‘ and a little bit one-dimensional when describing Piya and her research, I’m reall glad I persevered, because I realised that this description was exactly right to describe Piya’s environment at the  beginning of the story. Everything began to grow once she entered the realm of her research and found the right people to pursue her passion. Fokir, who helps her in this pursuit, is a very strong character that made me think about fitting in and caring for oneself and for others. All in all, lots of food for thought while exposed to the forces of nature – albeit in the four walls of my Berlin flat.

To receive lots of books for Christmas was a great joy – especially since my pile of books to read had shrunk to an all-time low and the holidays promised some free time to read. Which means that I can already write about two of these thoughtful gifts.
Book number one is The Patience Stone by Atiq Rahimi. Polly McLean translated it from French (original title: Sang-e Saboor). The story is set in Afghanistan – a chamber drama in the true sense of the word, since most of the plot takes place in one room. And if something happens elsewhere, it still feels as if everything focuses around the ill man in that very room. I felt acutely with his wife, who is trying to structure her day around nursing her husband, without neglecting her two small children, who are too young to understand what’s going on with their father. They worry about him eating a fly – unaware of the wider consequences of his unconsciousness.
For the woman, he is the ‚patience stone‘ who listens to her – her sorrows and her confessions. She takes the reader on the journey of her marriage. The atmosphere in the book reminded me of Death and the Maiden by Ariel Dorfman and I would really like to see it as a theatre production.

Book number two nurtured my current fascination with the writer and illustrator Judith Kerr. A Small Person Far Away is the third book of her trilogy about emigrating from Germany. Anna’s story is very moving, because she is always very present and acutely feels what’s happening to her in every moment – be it in England with her husband Richard or in Germany, where she goes on a very painful trip down memory lane. During a visit to her parent’s former house in the Grunewald district of Berlin, she suddenly feels like the young German girl she used to be – albeit momentarily. Confronted with her mother’s suicide attempt, Anna revisits their joint past as refugees in London, the hard times they shared and their sense of loss – a loss of a home and of a father and husband. Yet the sense of hope prevails. Of the people Anna meets in Berlin, I liked Hildy best. While reading, I thought of places and what makes a home, especially when Anna muses about her husband’s „unburdened“ nature and her sense of „where she belonged“. My fascination continues …

It all starts with Fluffy’s violent death. The book is a tour de force, not just because of its length (960 pages). The characters are special and I was as fascinated by Sartaj Singh, the hard-working, likeable, but corrupt policeman as I was by Ganesh Gaitonde, the flawed and violent villain. Their personal stories are very complex and deeply linked to the city of Mumbai, its social strata and the layers of power. Knowing the ‚right‘ people can be crucial for police and thieves alike. I read the book in English – well – and Hindi. The author kindly provides a dictionary on his website, which is extremely helpful, even if you just want to doublecheck that your knowledge of Hindi swearwords is 100% up to scratch. One linguistic aspect really surprised me – I thought only Germans used the word ‚Handy‘ for mobile phone, but it is mentioned at least twice here.

I understood Ganesh Gaitonde best through his relationship with Jojo Mascarenas, a woman who runs a very lucrative „business“. And this relationship made me like him in a way and then fiercely dislike him in the end. As for Sartaj Singh: His corrupt dealings and his occasional violence seem natural in the environment he operates in, yet his conscience frequently makes itself heard, particularly when he reminisces about his dead father, who was also a policeman. It almost feels as if his actions are under constant scrutiny by a higher authority that doesn’t approve of unlawful actions.
Then there’s the guru – and the secret service, particularly Anjali – and the Pakistani intelligence officer that takes up knitting as a hobby to calm his nerves – and Mary, Jojo’s sister. They all have their own fascinating story and all these threads are woven into the complex fabric of Sacred Games. Give it to your friends for Christmas – or treat yourself. But be warned: It’s addictive! I didn’t want it to end and it still lingers in my thoughts. 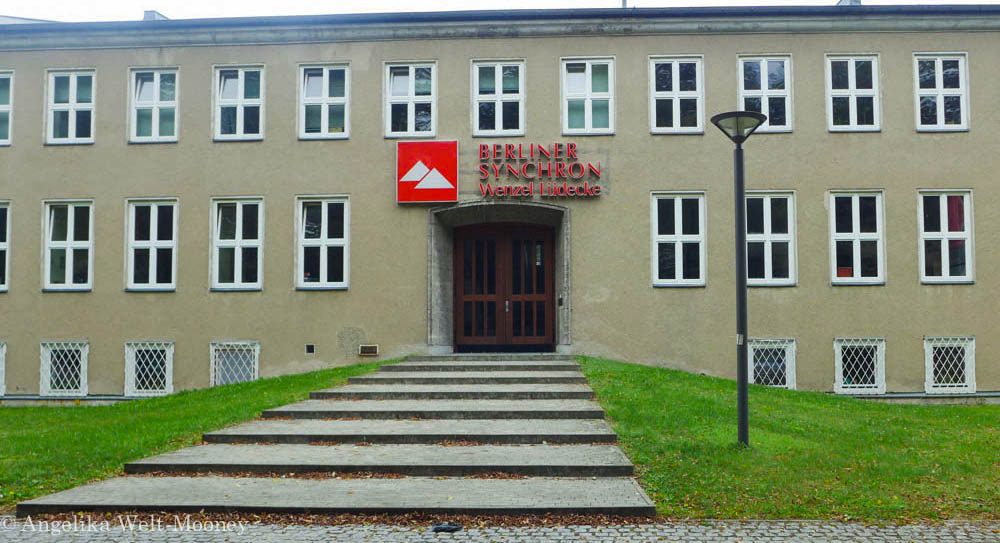 Michael Palin promises no less than The Truth with a novel that loves its main protagonist. Hamish Melville is a really nice man – with all the flaws that go with it. He is not particularly successful in his work or private life, yet somehow always stumbles into something new when he’s about to give up. Sometimes the plot is a bit far-fetched, which made me like it even more …. and the fact that it is partly set in London and partly in some remote place in India adds to the attraction. It’s for all those who don’t quite go with the flow and still find their place in life. Take it on holiday with you. Or read it on the sofa on a rainy day. Or on a deckchair on your balcony. I hope you’ll like it as much as I did. 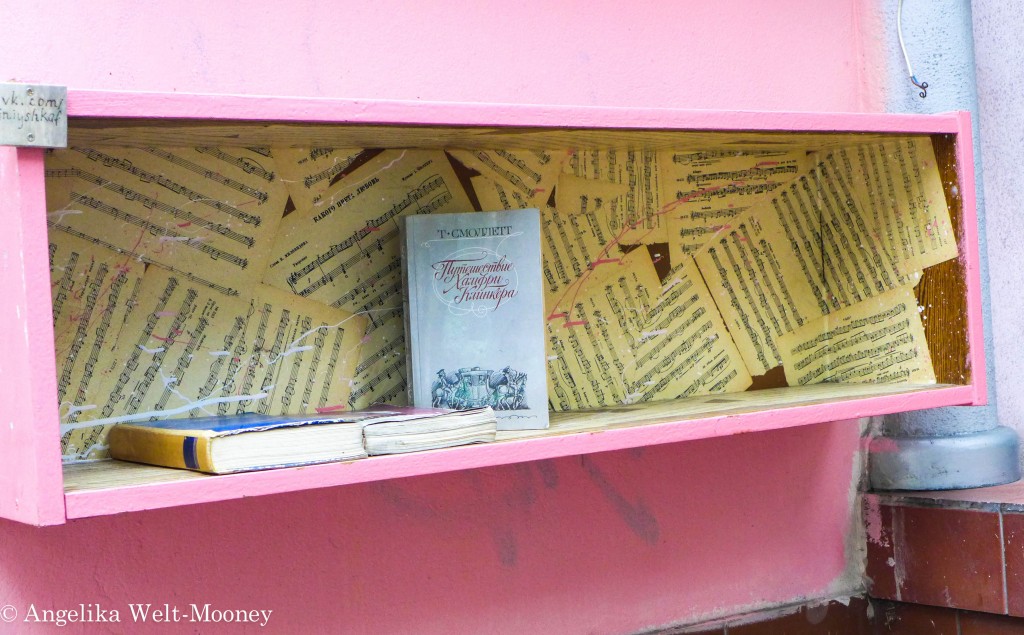 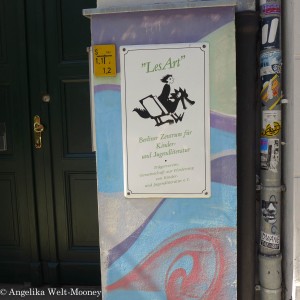 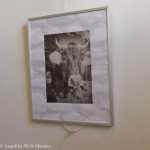 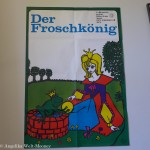 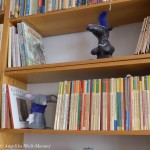